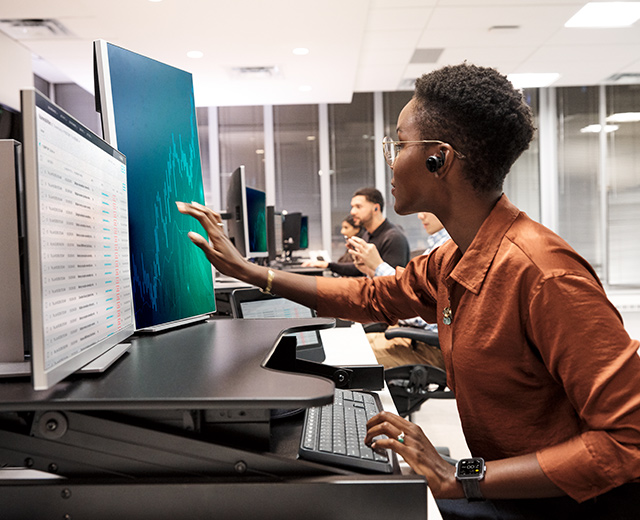 What is On-Premises Cellular Network?

There are two types of DAS systems:

Does On-Premises Cellular Network include 5G?

On-Premises Cellular Network supports LTE & 5G technology.  Our solutions enable emerging technologies like MEC, IoT, AI, and augmented and virtual reality (AR/VR) applications that will require robust cellular coverage and capacity to support new business applications. With the advent of 5G technology, AT&T is looking ahead to help ensure that customers who want to employ future wireless communication protocols can do so by having AT&T build out their state-of-the-art indoor cellular DAS system

Can I bundle On-Premises Cellular Network with other AT&T network services?

What’s the difference between Wi-Fi 6 and 5G?

Many industry experts believe that Wi-Fi will coexist with 5G and be a key part of many 5G use cases.

From 1G through 4G (LTE), licensed spectrum was exclusively used with the mobile cellular networks.  However, with the carryover of unlicensed 5GHz (LTE-LAA) and the planned inclusion of unlicensed 6GHz combined with licensed spectrum portfolio, 5G is differentiated from Wi-Fi 6.  5G now has the potential to carry traffic from both 5G mobile devices and Wi-Fi devices on the same radio network backbone. The long-term plan is to use spectrum from low, mid, and high band frequencies. Low band is less than 1GHz, mid-band is between 1GHz and 6GHz, and high band is everything else above 6GHz including the millimeter wave frequencies

Wi-Fi 6 utilizes unlicensed spectrum exclusively. Wi-Fi 6 works in the 2.4 GHz and 5 GHz bands, which are the existing Wi-Fi bands.

The 60GHz band, in the millimeter wave region of spectrum, is well suited to deliver multi[1]gigabit speeds, but due to limited propagation, distance is shorter than the other frequencies in this standard. The use of these bands is also unique to Wi-Fi 6 and previous Wi-Fi versions.

How do I know what Cellular Network solution is right for my business?

See our use cases overview to provide examples of cellular network solutions that may be applicable to your business needs.

Boost your mobility coverage where you need it

Get end-to-end life cycle management for your site builds.

Thank you for contacting us about AT&T On-Premises Cellular Network. An AT&T Representative will contact you shortly to provide any additional information and answer any questions.