Provides a new option in private networking with a localized wireless LTE core (5G coming soon) and access network for the right level of control, flexibility and data management for businesses’ needs. 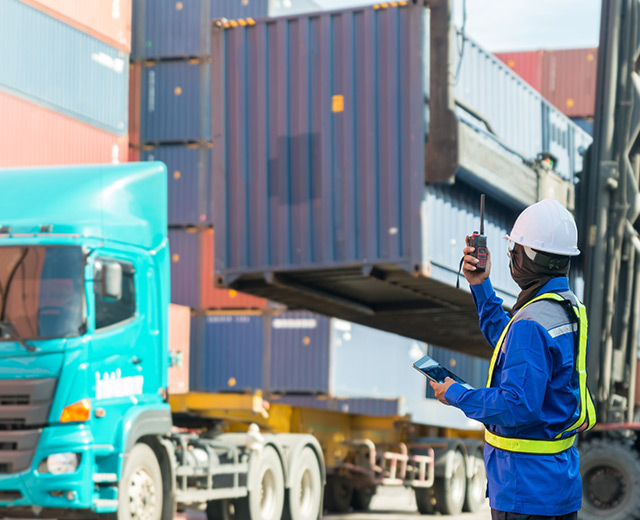 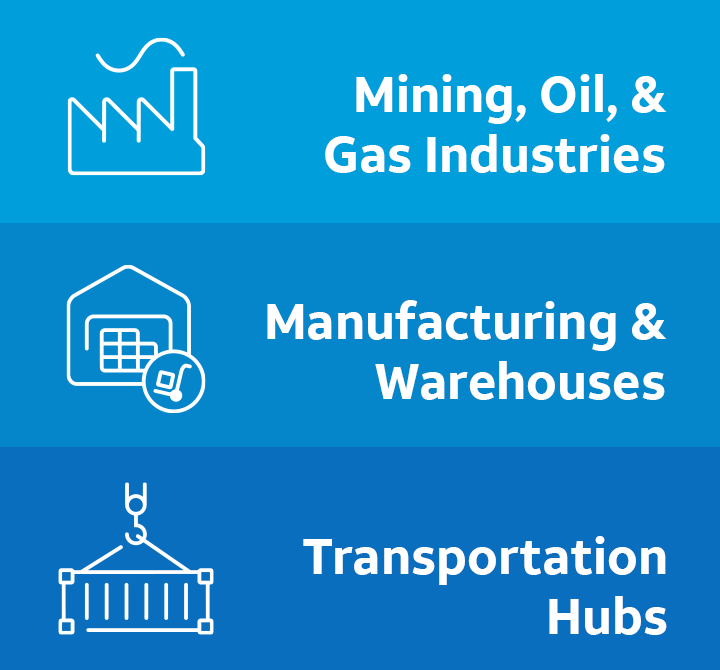 Private Local Network for the Right Use Case 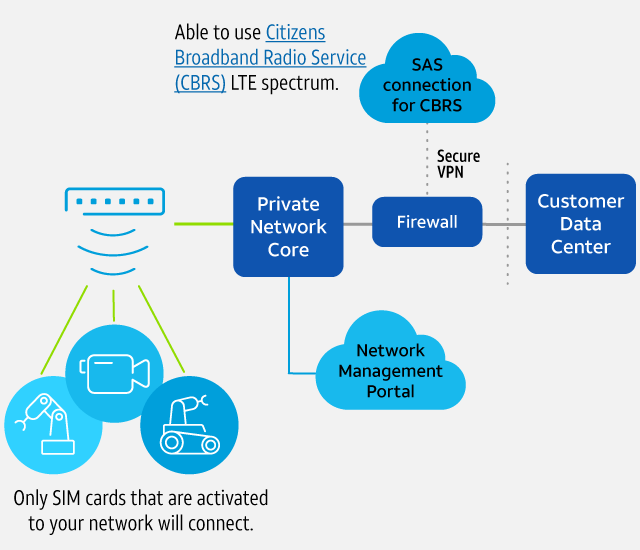 Pricing that fits your needs

What is AT&T Private Cellular Networks?

It’s a non-public wireless LTE (5G coming soon) network. Your data stays on your network. Get the benefits of a cellular network, like coverage, all over an optimized network infrastructure for sensitive data and mission critical operations.

Private network solutions have begun to emerge enabled by a new shared spectrum called Citizens Broadband Radio Service, or CBRS.  Dubbed the “Innovation Band”, CBRS has been opened to anyone including enterprises by the Federal Communications Commission on a shared usage model. The hierarchical three-tiered model is governed by the SAS, or Spectrum Access System, whose job it is to allocate users to the available channels based on load and tier status.  While anyone can use CBRS spectrum via the General Authorized Access Tier, Tier 2 Priority Access License holders receive higher priority upon contention, while Tier 1 incumbents, such as the US Navy maintain highest priority when needed.

And, as we look to the future, we expect enterprises will be able to enhance their CBRS-enabled private networks with licensed spectrum and network capabilities.

How do I know if AT&T Private Cellular Networks is right for my business?

AT&T offers a number of solutions that provide privacy and control.  Our team of experts can help to evaluate your use cases to determine the right solution for your business.  If you need a localized wireless LTE core and access network for the right level of control, flexibility and data management for your businesses’ needs, then AT&T Private Cellular Networks might be for you.

Keep your data where it’s generated and consumed for faster and private processing while maintaining public network accessibility and benefits.

Thank you for contacting us about AT&T Private Cellular Networks. An AT&T Representative will contact you shortly to provide any additional information and answer any questions.