What is AT&T Reactive DDoS Defense?

The DDoS attack is designed to shut down your website or disable your firewall or load balancers. You’re going to need a large safety net. 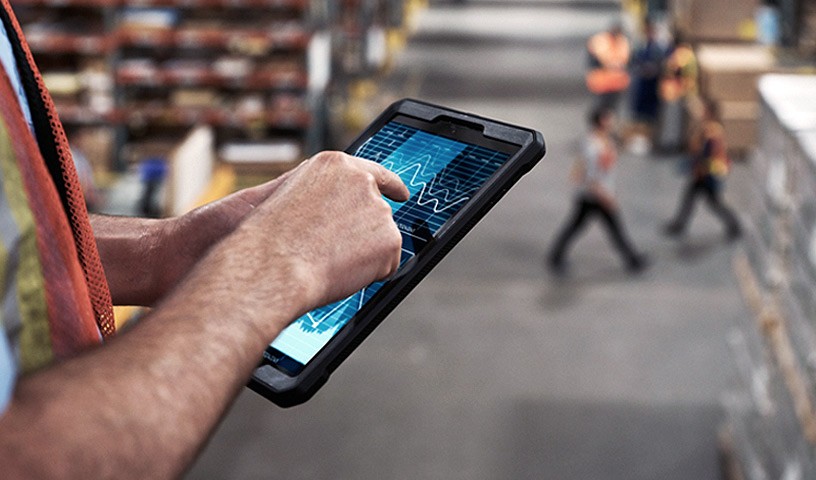 Your business has a website selling goods and services or providing vital information. Cybercriminals want to bring it down, to make money, to damage your reputation, or even for the thrill of it. Sometimes those criminals are nation states or hacktivists with political motivations.

A Distributed Denial of Service (DDoS) attack is a powerful weapon for creating chaos. A DDoS attack can inundate your website or network with malicious traffic, causing the “denial” of service to legitimate visitors. The word “distributed” in DDoS refers to the use of large quantities of computers or IoT devices across many locations used to carry out the attack. These devices are hijacked to operate as part of a botnet, controlled by a malicious third party.

Unfortunately, DDoS attacks are on the rise. The third quarter of 2020 saw roughly a 50% increase in attacks over 2019.1 DDoS attacks come in several varieties, including volumetric attacks, state exhaustive attacks, and application layer attacks. Volumetric attacks send very large packets or packets at a high frequency (or both) to your website or network edge devices to entirely consume its bandwidth. The average DDoS attack size is 1 Gbps, enough to take most organizations completely offline.2 Volumetric attacks, typically involving sizes in the hundreds of Gbps, are growing in their size and brazenness. News stories recently reported a well-known company flooded with a record-breaking 2.3 Tbps, or 2.3 trillion bits per second, of unwanted traffic.

DDoS attacks can be devastating. The most harmful result? In one survey, more than 75% of businesses said that a loss of customer trust and confidence is the worst result from DDoS attacks.1

Businesses can do many things to prevent denial of service attacks. Getting a cybersecurity DDoS solution that fits your business can help relieve the cost and complexity of protecting your network.

Did you have a chance to catch Tech Demystified: Cybersecurity Explained?

If you didn't, we've got you covered! The webinar can now be viewed on-demand.

During a DDoS attack, time is of the essence. Outages lasting hours -- or even just minutes for some organizations -- can harm productivity, revenue, or reputation. Businesses that do not subscribe to a DDoS security service might have to pay for a costly emergency mitigation service to stop the attack. With AT&T Reactive DDoS Defense, the customer simply picks up the phone to activate the AT&T Security Operations Center.

With AT&T Reactive DDoS Defense, businesses are required to monitor their own network traffic for anomalies. If they suspect they may be under DDoS attack, they contact AT&T with the IP address(es) under siege. We will validate the attack and then divert the traffic to our scrubbing centers to block the malicious traffic while allowing the legitimate traffic to flow to its intended destination. Additional options are available for those who require 24x7 monitoring and protection against other types of DDoS attacks.

How can your business benefit?

Unfortunately, DDoS attacks are on the rise. The third quarter of 2020 saw roughly a 50% increase in attacks over 2019.

Problem: During the critical holiday shopping season, a DDoS attack floods a company’s website, taking it offline and blocking both browsing and e-commerce. The attack ramps up to 60 Gbps, which makes it a “volumetric attack.
Solution: The company uses AT&T Reactive DDoS Defense and contacts AT&T with the IP addresses under siege. The experts at the AT&T Security Operations Center[CS1]  gauge the size of the attack and start mitigation. Malicious traffic is scrubbed. Legitimate traffic reaches the website.
Outcome: Business continues as usual.

We’re here for you

Are you a small-to-medium business seeking to preserve the availability of your web servers and network and protect yourself from DDoS attacks? Contact us today. We have professionals who can help demystify the technology for you and get you up and running.

AT&T Business is here to help small businesses in a big way. Our Tech Demystified series can help you decide what products and services will work best for your business. To learn more, visit AT&T Reactive DDoS Defense or contact your local sales representatives)