Build a team of drivers that stays for the long haul 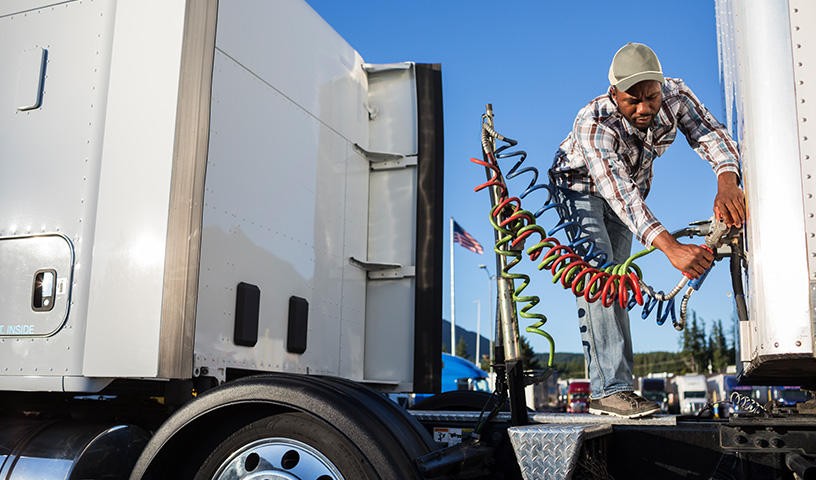 Advances in technology are shifting the way all industries do business. The Internet of Things (IoT) is continuing to open doors, and as transportation and logistics companies expand the adoption of its use, drivers are beginning to benefit from new tech tools in the industry. IoT can make aspects of their jobs easier to execute, streamline communications with dispatch, and help improve driver and equipment safety and security. Leaders who understand how the right IoT choices can benefit drivers as well as the companies they drive for can help improve driver retention and address the long-held challenge of driver shortage.

The U.S. population of skilled trades-workers is in decline. Truck drivers are on the list of trades that have more jobs than qualified workers to fill them. By 2022, the American Trucking Associations (ATA) estimates that there will be a shortage of more than 100,000 truckers. The fact is, more truck drivers are retiring than there are new people interested in taking up the profession.

The boom in e-commerce has only increased the need for all types of freight carriers, from over-the-road (OTR) to same-day delivery fleets serving regional warehouses. Without qualified truckers to fill these positions, fleet companies are struggling to keep business on the road.

Upping drivers’ wages is only the beginning

According to the ATA, in 2018, larger carriers began increasing wages for most drivers, including offering attractive sign-on bonuses, referral bonuses, and new pay structures meant to mitigate dips in earnings from situations that were beyond a driver’s control—such as long wait times at distribution centers, warehouses, and unloading stations where they’re not being paid, or unavoidable traffic delays.

The higher pay and signing bonuses triggered a wave of driver churn, in an already high-turnover industry. In the first half of 2018, the turnover rate for large carriers reached 98%, but trended down to around 87% by the third quarter.

But 87% is still too much driver turnover. Most carriers understand that they’ll have to do more than offer drivers more money if they’re going to solve the drought in the trucker-pipeline and win driver-loyalty over competitors who are trying to lure them away. Improving pay is one way, but since most carriers are doing that, you may need to go the extra mile to win over loyal drivers.

Increase job satisfaction and quality of life for drivers

Addressing job satisfaction from the point of view of truckers can demonstrate that a company values its employees’ best interests and wants to employ them for the long-term. Here are some additional ways your company can invest in keeping your truckers happy and driving for you and your customers.

Providing technology to employees that makes the job easier is an example of a strategy to retain and attract new workers to an organization. - David Van Dorselaer, AVP Industry Solutions – Manufacturing and Transportation

Provide them with tech tools to be more efficient

Safety and security for a more diverse workforce

The future of retaining truckers is going to require actively recruiting a more diverse workforce and asking them what they need. Companies will have to consider newer, better incentives and benefits, like in-house driver training and certification programs, childcare and parental leave, higher-tech cabs, and replacing fleets with newer cabs and beds designed to be ergonomically easier to handle for aging drivers.

With some consideration and exploration into some of our recommendations, you can increase driver loyalty and satisfaction with benefits that make good business sense, like IoT fleet technology, hands-free mobile calling, entertainment solutions for downtime, and prioritizing driver safety and fleet maintenance. Technology can help you harness the right data to predict, learn, and make near-real-time decisions for your business fleet can create a distinct competitive advantage for you, while also helping to solve your toughest operational challenges.

Keeping your truckers loyal and productive can be done by using technology to help improve their work experience. Learn more about AT&T Business industry solutions on our transportation page.