Technology is upgrading the fan experience 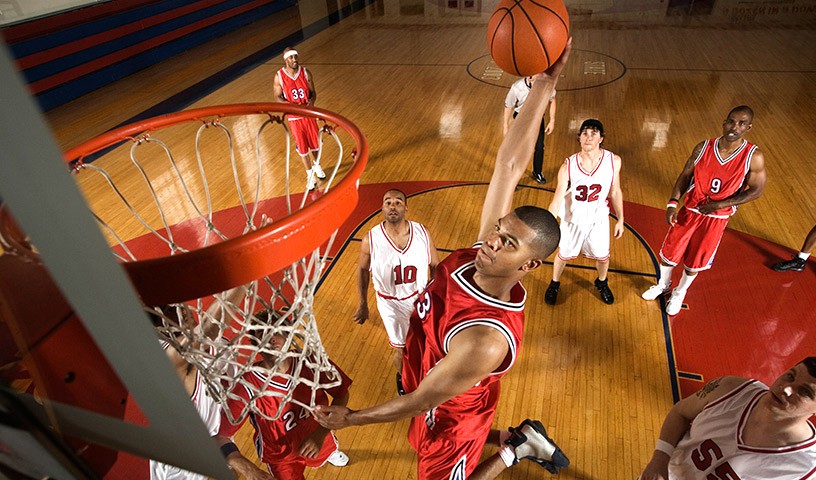 It’s never been a better time to be a fan. Technology has changed how the fan experience is delivered to our screens – large and small. High definition cameras let us see the seams on the ball and individual blades of grass on the playing field. You can watch replays from almost every imaginable angle.

What if the action could be captured courtside on cellphones, and shared with TV networks through a super-fast 5G connection? Imagine what that could mean for the future of television!

Technology is changing rapidly and with that comes higher demands on your network while pushing bandwidth requirements to its limits.

Well, AT&T did just that at the NBA Summer League in Las Vegas with the help of several of our technology providers. And lucky for us we have a visionary ally in the NBA and we had the perfect testing ground for this revolutionary approach to broadcasting – the NBA Summer League. Thanks to NBA Commissioner Adam Silver and his staff of innovative thinkers, such as people like Steve Hellmuth, NBA Executive Vice President, Media Operations and Technology, we were on our way.

The work with the NBA Summer League is just the latest in AT&T’s groundbreaking work around sports.

As Steve recalled about our initial conversation about this new concept, “It started a journey for us about how to get great-looking video and content and use 5G technology to deliver those signals in HD-SDI to the production team in the truck. The smartphone is a device that is used by everyone, so it only made sense to take a tool for everyday life and apply it to basketball.  The smartphone allowed for a new optimal camera position, looking directly out onto the court, square on the action, between the foul line and the baseline.  And in the breaks our sideline reporter could be anywhere in the bowl.”

We positioned six Samsung S10 5G phones around the court, giving a fan’s courtside perspective. Video was streamed over AT&T spectrum, using Ericsson’s network equipment. We also collaborated with LiveU, a leader in live broadcast technology, to use their mobile app so that video from the devices could stream directly to the ESPN production truck.

From the truck, AT&T Global Video Services transferred the footage from the trucks to ESPN’s network broadcast offices.

The video stream was broadcast over the ESPN app, NBA TV Canada and even internationally by the NBA League Pass.

And this is just the beginning.

The work with the NBA Summer League is just the latest in AT&T’s groundbreaking work around sports. We’re already started installing 5G in AT&T Stadium in Arlington, Texas – home to the Dallas Cowboys.

What will all this ultimately mean for the sports fan? Better in-stadium experiences utilizing a variety of burgeoning technologies including 5G, Mixed Reality, Artificial Intelligence and Edge Computing.

Imagine a watching a football game streamed from a “player cam” that allows you to see everything from the quarterback’s perspective. Or fans wearing haptic vests and feeling the impact of a big hit with virtually no latency. I’m convinced the game day experience is about to be reinvented.

It’s an incredibly exciting time to work in technology – and to be a sports fan. And since I’m passionate about both, I can’t wait to see how technology will make sports even more immersive and exciting.