What is DDoS and why should you care?

DDoS attacks slow or shut down online services using a barrage of bogus requests for information. 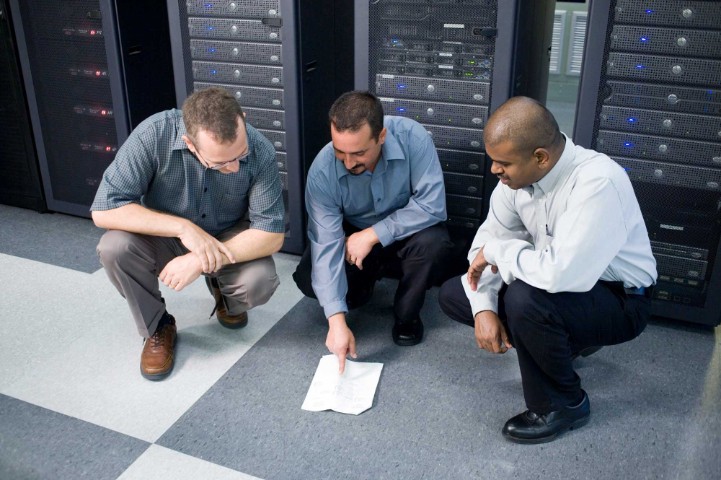 You think your company is safe from cyberattacks. Every corporate-owned device has virus protection, your spyware definitions are up to date, and all your data is safely behind a firewall. But one of the most common types of attacks doesn’t need malware to harm your business. And if you’re like many companies, you may not be adequately prepared to defend against it.

A basic definition of DDoS

DDoS stands for “distributed denial of service.” It’s a type of cyberattack that attempts to make an online service slow or unavailable by overwhelming it with traffic from PCs, tablets, smartphones, and other devices. During a DDoS attack, customers, suppliers, and other legitimate users won’t be able to access your website or other online services.

Unlike some other types of cyberassaults, DDoS attacks can’t be used directly to steal sensitive data. They can, however, be used as a cyber-smokescreen for other malicious activities, For example, cybercriminals may launch a DDoS attack to keep your IT staff occupied while they carry out a second attack aimed at hijacking business data.

They’re similar, but not the same. Both shut down your website or online services by flooding them with traffic. But a denial of service (DoS) attack is carried out using a single computer/Internet connection. DDoS attacks, on the other hand, use many devices, collectively referred to as a botnet. Often, these devices have been hijacked via viruses or other malware, and their unsuspecting owners have no clue that their machines are being used in an attack.

How an attack works

There are several ways to carry out a DDoS attack, but in all of them, your web server is bombarded with bogus requests for pages, graphics, or other elements within a short period of time. Your server becomes overwhelmed. Its response slows dramatically or even stops, essentially taking your website down. DDoS attacks can be used not just against websites, but against any online service. (Remember the Xbox and PlayStation network outages on Christmas 2014?)

Consequences of a DDoS attack

The most obvious consequence, of course, is that your website won’t function until the attack ends, either because your IT staff blocked it or because the attacker stopped the assault. If your site is simply an online brochure and you are back up and running quickly, then the consequences probably will be minimal.

If you conduct any business online, however, or rely on your website to drive business to bricks-and-mortar locations, you could potentially lose a significant amount of revenue, depending on how long the attack lasts and how long it takes you to recover. But loss of customer confidence could be even more damaging, harming not just your bottom line but your corporate reputation.

Loss of customer confidence could be even more damaging than a DDoS attack.

In 2014-2015, AT&T saw a 62 percent growth in DDoS attacks across its network. Yet despite their growing frequency, many companies aren’t prepared for an attack, according to AT&T cybersecurity experts.

While preventing attacks may be impossible, you can take steps to help prepare your company to mitigate an assault against it:

Some of the strongest defenses may be automated tools that can help detect and deflect DDoS attacks. AT&T Network Security experts can help you determine which software can best guard your company. You can also learn more about DDoS attacks and other cyberthreats by downloading AT&T Cybersecurity Insights report, an in-depth look at cybersecurity’s biggest adversaries and best practices.