The advantages for small businesses of collaborating with likeminded brands, or horizontal market integration at the micro level 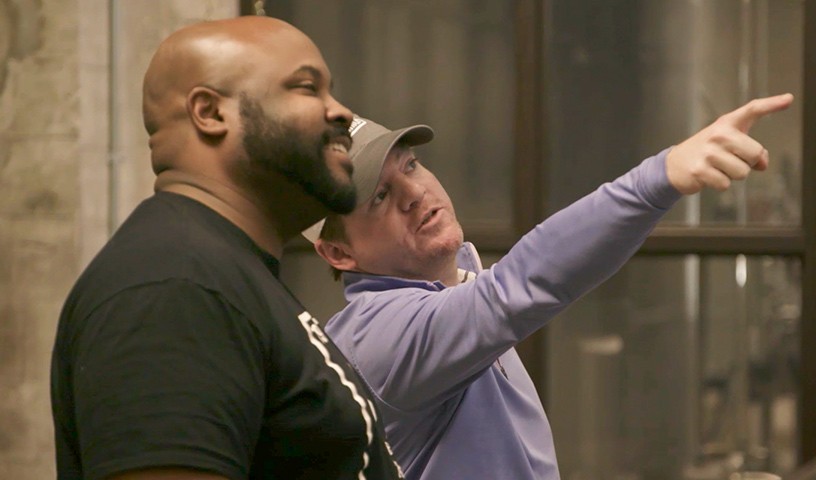 Recently, Agility Challenge runner-up winner Phillip Ashley Rix was interviewed by celebrity author and business expert Chris Gardner. This is the second episode in a five-part interview series that highlights successful strategies employed by Rix. Each episode will be complemented by a breakout discussion of the topic, as well as additional strategies for you to consider.

Being together is better than going it alone. It’s not only the foundation of every sappy love song ever; it’s also true for business. Businesses that collaborate and collide discover that one plus one equals more than two. Business alliances result in a new revenue stream, a fresh customer base and added publicity. So how do you go about finding the perfect partner for your operation?

“Great things in business are never done by one person, they’re done by a team of people.” - Steve Jobs

Use the network to network

In an age when our businesses are affected less by word-of-mouth than by emojis-on-Instagram, it can be tempting to focus solely on social streams in our search for commonsense collaborators. But more often than not, meeting in real life can ignite a spark and create a greater chemistry with a perfect partner and new friend.

One easy way to meet other area small businesses is to attend a networking event hosted by the U.S. Small Business Administration. You might also tap into your local Chamber of Commerce, or sign up for an account on Meetup.com.

Or welcome a new business to the neighborhood or to your city. If you own a restaurant and discover a new brewery doesn’t serve food, ask if you might bring in some free mini dishes for the hopheads to try. If you’re a mechanic, you could partner with the new car wash to offer discounts on one another’s services when performed in the same week. Sometimes it’s just reaching out with a phone call from your business line. Keep an open mind to go with your “yes, we’re open” sign.

In Memphis, a city where a stellar barbecue joint is always just around the corner, chocolatier Phillip Ashley Rix partnered with one of the highest rated spots in town. And though he slightly alters the ingredients to fuse better with chocolate, he uses their sauces to create his aptly named Memphis truffles.

“I visited a neighboring BBQ restaurant, and now we use their sauce in our chocolates.” - Phillip Ashley Rix

Putting barbecue sauce in a chocolate might sound a little strange, but peanut butter and jelly weren’t an intuitive match either. Until they were.

Small businesses aren’t the only ones who benefit from clever collaborations. Uber and Spotify teamed up to let riders pick the soundtrack for their ride, enhancing the customer experience and giving them a reason to choose their services over competitors’. And AT&T and Honda joined forces to create a mobile hotspot that lets passengers entertain themselves data-free for their whole ride.

Get creative. In one improbable pairing, a sporting goods company partnered with a windshield repair enterprise. To market the power of its new aluminum bat to a highly targeted audience, the sporting goods company put flyers on the windshields of hundreds of cars parked at the College World Series. Each flyer humorously offered a discount on all windshields broken thanks to the power of the bat. Both companies benefited from the publicity generated by this thoughtful promotion.

Once you’ve discovered a perfect partner for your business, consider inviting a larger community into your culture of collaboration. With your current cobranding effort serving as the foundation, create an ecosystem of adjacent businesses to form a sort of product potluck. Economists might refer to it as engaging in a horizontal market, but let’s just call it making new friends.

Like them on social channels and go on social calls. If your coffee shop already partnered with a local doughnut maker, cross-promote yourself with a furniture maker and a brewery. Take the example of one savvy St. Louis hand-lettering business that partnered with three other local stores to create a giveaway. Together they created a holiday gift pack that featured a framed print, local earrings, a T-shirt and a gift card. The possibilities are only limited to your imagination and your contact list.

Background image 1
Article Do you have these 9 startup essentials?
Read more