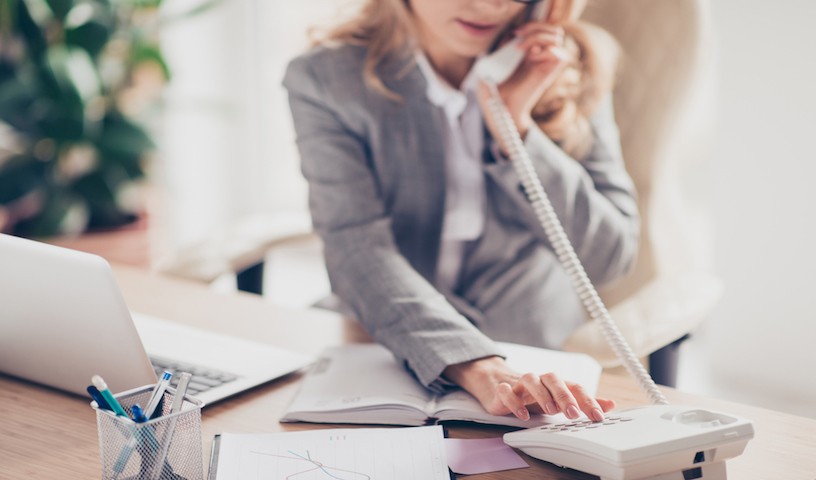 Your branch employees are often considered the face of the company – they play a key role in customer satisfaction and business performance.

Sometimes, however, branch offices have less than adequate ties to corporate headquarters. It can be hard for branch employees to access the right people to get information and make decisions.

Challenges are often compounded by outdated or inadequate communication tools, which in turn feeds a culture where branch employees feel they need to do things on their own, rather than capitalize on the corporate knowledge base. Lag times in branch responsiveness can create opportunities for competitors to make inroads and poach customers – it’s not a formula for long-term success.

Budget and resource constraints can slow your plans to equip branch offices with collaboration tools and connectivity equivalent to those in headquarters offices. The good news is that the emergence of cloud-based UC can dramatically simplify branch office deployment, putting the benefits solidly within reach.

Branch managers were expressing frustration with delays in company responsiveness. And competitors just seemed to be nimbler. One competitor even began advertising a rapid claims payment that the company could not possibly match given current processes.

The executives charted a course toward adoption of a new collaboration environment that would join the company’s 500 knowledge workers across its headquarters and 18 branch offices throughout the U.S. The executives targeted UC solutions at specific pain points, seeking input from managers most familiar with the challenges and opportunities facing the business.

The discussions explored in very specific terms how the company could improve on performance against insurance industry key performance indicators (KPIs).

Following a rigorous analysis of the many steps in the policy-quoting process, business managers calculated that UC-enabled collaboration could yield a significant time savings

One of the company’s primary metrics driving customer satisfaction is speed of underwriting. When new or existing customers ask for a quote to insure a business facility or asset, the company’s agents in branch offices work with underwriters and other employees at headquarters to assess risks and develop a policy.

The work involves emails and phone calls to resolve questions, and invariably led to delays due to telephone tag and absences when agents were on the road. The company was aware of several instances where prospects made the decision to go with a competitor’s insurance policy even before they received the company’s policy quote. The company wanted to reduce its underwriting cycle time to address competitive threats.

Following a rigorous analysis of the many steps in the policy-quoting process, business managers calculated that UC-enabled collaboration could yield a significant time savings, and that the faster response to customers would translate into incremental revenue by pre-empting some lost bids and winning some additional business.

Across the insurance industry, average time to settle claims is the metric most closely correlated with overall customer satisfaction. With its claims adjusters largely working from the road, significant lag times occurred between claims process steps, as did frequent lapses in communication with customers.

After a close analysis, the company projected that a UC deployment targeted to support these mobile workers and their key applications could significantly compress the claims settlement process. That improvement was projected to yield business benefits, with incremental improvements in policy renewal ratios and customer retention.

After deploying UC internally to its own claims adjusters, the company planned to also bring its trusted network of independent claims adjusters onto the UC platform, reaping further business benefits.

The insurance company worked with communication and collaboration experts to drive many of the planning discussions for its UC project, and ultimately selected AT&T to deploy cloud-based tools including Cisco Hosted Collaboration Solution from AT&T and Cisco Jabber.

The deployment plan included training and other programs to assure end-user adoption, plus additional technical support services for branches during the initial rollout period. The company is now evaluating when to upgrade to the new Cisco Spark with AT&T solution to bring even more collaboration features to its mobile workforce.

Network bandwidth upgrades for branch offices and headquarters provide the foundation for high service quality across the UC tool suite today, and are essential to the success of an upcoming video conferencing rollout.

Early results show that the new UC environment is helping agents and underwriters work together to issue new policies faster. The claims-settlement process is seeing initial improvements as claims adjusters take advantage of new mobility tools to stay in touch and keep business moving while away from the office.

At headquarters, the use of cloud-based, as-a-service tools has freed IT staff to focus on other business priorities. One more big benefit: Moving to the cloud helped the company avoid an expected $500K investment for a data center at its headquarters.

Visit the AT&T Voice and Collaboration page to learn more about solutions and tools that can help your branch offices stay connected.